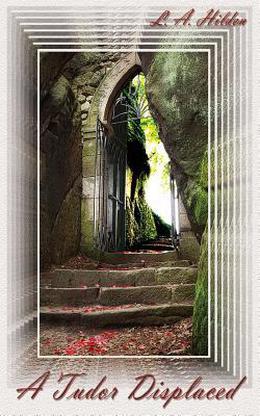 When Fear Warrants Action... Lady Phoebe Bennett is running for her life from the king's soldiers. The dastardly King Henri VIII has decided he wishes her in his bed. Not willing to sacrifice her virtue on the king's whim, Phoebe finds a tunnel in which to hide. Following the passageway, she never expects the underpass to lead her to the 19th century. A Mission To Complete... Gabriel Worthing, the Earl of Insley is on a mission to find the ringleader of the Guinea Run. With his main suspect disappearing into the time portal, he finds himself shackled with the care of a new time traveler, a beautiful, unpredictable, Tudor lady. When Love Is The Reason... Phoebe tries to adjust to life in the 19th century. She realizes that if Gabriel is correct, then she was sent to this time for a specific purpose. To avoid scandal and ruin they concoct a tale for Society in the hopes of gaining Phoebe's acceptance into their midst, but when a ruthless killer captures Gabriel, Phoebe's Tudor upbringing has her risking all to fulfill her destiny. A Tudor Displaced is a time travel romance that takes place in Regency England. It is the Third book in The Destiny Series.
more
Amazon Other stores
Bookmark  Rate:

'A Tudor Displaced' is tagged as:

Similar books to 'A Tudor Displaced'

All books by L.A. Hilden  ❯

Buy 'A Tudor Displaced' from the following stores: