Pirates of The Bahamas 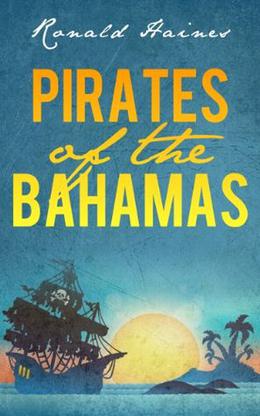 Pirates of The Bahamas is an historical romance and adventure set in the period following what is known as the golden age of piracy and preceding the American revolution. Pirates operating out of The Bahamas at this time were primarily interested in intercepting merchant cargo being shipped back and forth between America and the West Indies but would also take high value hostages to ransom them back to their families.

For Mary Burleigh, however, the horror of being abducted by the pirate Jack Read, son of Calico Jack Rackham, soon turned to unimaginable bliss as she transitioned from hostage for ransom to cabin girl to lover. The depth of passion that she and Jack shared exceeded all her fantasies, and she dreamed of an idyllic future with him.

Content to leave her life of privilege behind her to live with Jack on his island paradise, Mary first wanted to let her frantic family know that they need no longer worry. But her mother, Anne, confides a deeply hidden family secret which instantly shatters Mary’s happiness. It is a secret that Jack must never be told about and he would never know the real reason for the letter Mary subsequently writes telling him to forget her.

Wrongfully assuming that Mary left because he wasn’t able to provide her the life in which she was raised Jack concludes that he has only one way to get her back, to become rich and buy his way into South Carolina society as a gentleman. He turns from pirate to privateer with an eye on the treasures of the Spanish Main. It is a desperate move, but death at the hands of the Spanish was infinitely preferable to a life devoid of Mary.

Back in South Carolina the now despondent Mary is unable to forget Jack and is emotionally incapable of re-integrating back into her old life. Anne decides the only solution to snap her daughter out of her depression is to marry her off, and she sets about selecting a suitable husband for her daughter.

Will Jack survive and succeed in establishing himself as a gentleman? Will he accomplish it before Mary is married? While it would make Mary’s fondest dreams come true, how can she be with him with the secret still hanging over her?
more
Amazon Other stores
Bookmark  Rate:

'Pirates of The Bahamas' is tagged as:

Similar books to 'Pirates of The Bahamas'

Buy 'Pirates of The Bahamas' from the following stores: