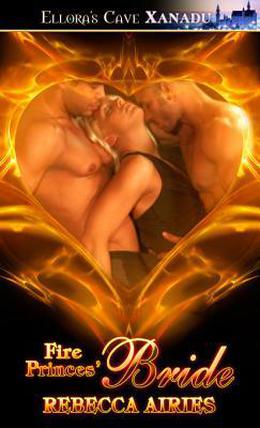 One thing is universal in all the Elemental Realms-women are told when to seek a mate. Because of the power she holds, Karissa knows she will have to embark on that journey far earlier than most women in the Ice Court. But she does not expect to find her betrothed-especially not before her search has even begun. And she certainly does not expect to have two mates-let alone for those mates to be the Princes of the Fire Court. Twin brothers Tyral and Callan know Karissa is their mate as soon as they see her. They greet her with a carefree playfulness, wanting to give her time, but things quickly heat up between them. The Princes' biggest challenge, however, proves not to be their opposing Elemental Spirits, but convincing Karissa to submit to their rules. As Fire and Ice clash in the bedroom, an enemy moves in, plotting to destroy the Fire Princes' future with their new bride.
more
Amazon Other stores
Bookmark  Rate:

'Fire Princes' Bride' is tagged as: