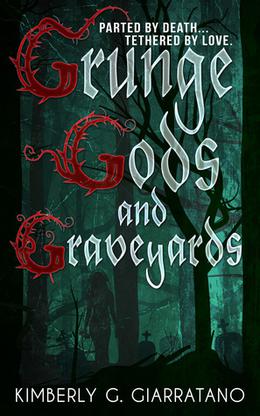 Parted by death. Tethered by love.

Lainey Bloom’s high school senior year is a complete disaster. The popular clique, led by mean girl Wynter Woods, bullies her constantly. The principal threatens not to let her graduate with the class of 1997 unless she completes a major research project. And everyone blames her for the death of Wynter’s boyfriend, Danny Obregon.

Danny, a gorgeous musician, stole Lainey’s heart when he stole a kiss at a concert. But a week later, he was run down on a dangerous stretch of road. When he dies in her arms, she fears she’ll never know if he really would have broken up with Wynter to be with her.

Then his ghost shows up, begging her to solve his murder. Horrified by the dismal fate that awaits him if he never crosses over, Lainey seeks the dark truth amidst small town secrets, family strife, and divided loyalties. But every step she takes toward discovering what really happened the night Danny died pulls her further away from the beautiful boy she can never touch again.
more
Amazon Other stores
Bookmark  Rate:

'Grunge Gods and Graveyards' is tagged as:

Buy 'Grunge Gods and Graveyards' from the following stores: