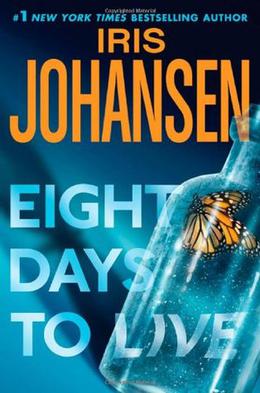 Eve Duncan and her adopted daughter, Jane Macguire, are pitted against the members of a secretive cult who have targeted Jane and have decided that she will be their ultimate sacrifice. In eight days they will come for her. In eight days, what Jane fears the most will become a reality. In eight days, she will die. It all begins with a painting that Jane, an artist, displays in her Parisian gallery. The painting is called "Guilt" and Jane has no idea how or why she painted the portrait of the chilling face. But the members of a cult that dates back to the time of Christ believe that Jane's blasphemy means she must die. But first, she will lead them to an ancient treasure whose value is beyond price. This elusive treasure, and Jane's death, are all that they need for their power to come to ultimate fruition. With Eve's help, can Jane escape before the clock stops ticking?
more
Amazon Other stores
Bookmark  Rate:

'Eight Days To Live' is tagged as:

Buy 'Eight Days To Live' from the following stores: