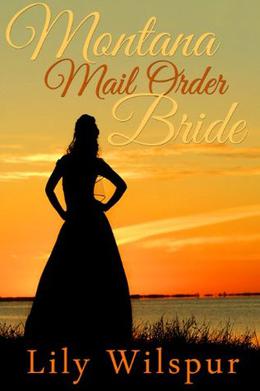 A historical western cowboy romance about a mail order bride.

Lucy Palmer doesn’t like Montana, and Montana doesn’t like Lucy Palmer. The mountains outside her train car window seem to have a mind of their own, and they seem to watch her and read her innermost thoughts. They seem to understand that she doesn’t really fit in here, that she belongs in the sheltered society of Muncie, Indiana. Somewhere out there, her groom waits to take her to her new home in those inscrutable mountains. But when she meets Adam Foley, a young cowboy turned businessman, on the train in Billings, her world flies into a tailspin. She never realized that someone could buck the stolid, heavy life of Frontier Montana to travel the world and seize his destiny for himself.
But Adam gets off the train in Great Falls, leaving Lucy to travel the rest of the way to Kalispell alone. When she arrives and meets her groom, Lucy finds herself confronting a future for which she never prepared herself. She must adapt in the face of overwhelming obstacles, and overcome the devastation of betrayal to free herself from the confines of her past. In her final revelation, she discards the shackles of her preconceptions and spreads her wings to soar to the skies.
more
Amazon Other stores
Bookmark  Rate:

All books by Lily Wilspur  ❯