Gambling on a Scoundrel 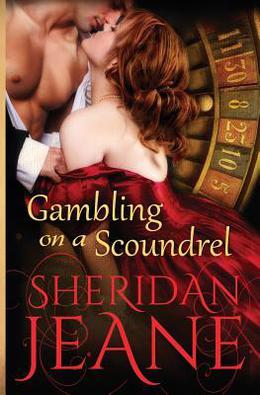 In 1861, lonely railroad heiress Tempy Bliss, a budding journalist, is elated that Charles Dickens wants her to write an article about gambling for his newspaper. But when casino owner Lucien Hamlin bans Tempy from his gambling palace once he learns of her profession, she begins to suspect a much bigger story is at hand. Lucien's secretive behavior goads Tempy into uncovering the real story. Lucien is a hard-driving businessman whose life is about to be upended by his unexpected inheritance of an earldom. It's a fact he'd rather not have announced, and certainly not in newsprint, until after the sale of his casino. With Tempy's career goals progressing, as well as her dreams of becoming a part of her fiance's family, she refuses to accept defeat even when Ernest sends her a letter from Paris informing her he's fallen in love with a Frenchwoman. Tempy resolves to win him back while simultaneously conducting her research at the sumptuous Hamlin House casino.
more
Amazon Other stores
Bookmark  Rate:

'Gambling on a Scoundrel' is tagged as:

Similar books to 'Gambling on a Scoundrel'

All books by Sheridan Jeane  ❯

Buy 'Gambling on a Scoundrel' from the following stores: