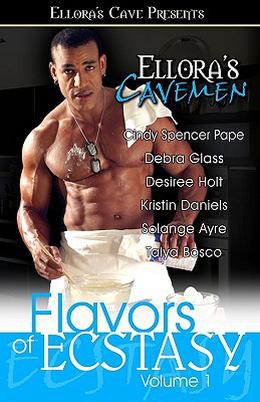 French Kiss Solange Ayre
Amaryllis Gardner, from one of Boston's best families, is engaged to Dr. Brendan Bradford. Although wealthy, Brendan has no social status due to his Irish heritage. Amaryllis wonders whether he's marrying only to achieve social position. Suspicious of her fianc's visit to a supper club/brothel, Amaryllis disguises herself as a French prostitute. They engage in a passionate sexual encounter that leaves both of them desperate for more. Amaryllis soon learns exciting new sexual techniques that thrill Brendan. As their craving for each other intensifies, she fears he desires the wanton prostitute more than his prim fiance.

Hungry Like a Wolf Talya Bosco
Twelve months after the crushing heartbreak of being dumped by Ethan, the gorgeous Alpha werewolf who was the love of her life, Amanda is finally picking up the pieces. But the ties that bind the two lovers are strong, stronger than Ethan's resolve to stay away. One sizzling touch, one passionate kiss, is all it takes for the insatiable hunger inside each of them to explode into life. But Ethan has a determined rival, for Amanda's affection and a whole lot more, and he'll stop at nothing to win it all.

Resisting Reed Kristin Daniels
Are lustful thoughts of your best friend's son a sinful pleasure or an act of betrayal? Reed has never hidden from Marilee the decadent passions he wants to share with her. Now that she's free from her cheating ex-husband, she's finally able to let her resistance slip and give in to temptation. But when their relationship is exposed during an afternoon of sensual self-discovery, will Marilee lose a treasured friendship, or will she be able to keep it all, including the man she loves?

Trapped Cindy Spencer Pape
Intergalactic bounty hunters Tabrin Jones and Zeyd Vasari, sometime lovers and continual rivals, are trapped for twenty-four hours in a tiny escape pod. To make matters worse, the atmosphere in the pod has the effect of loosening inhibitions. Amid the marathon sexual experience of a lifetime, will Zeyd also be able to convince Tab that they belong together forever?
more
Amazon Other stores
Bookmark  Rate:

'Flavors of Ecstasy I' is tagged as:

The 'Flavors of Ecstasy' series

Similar books to 'Flavors of Ecstasy I'

Buy 'Flavors of Ecstasy I' from the following stores: