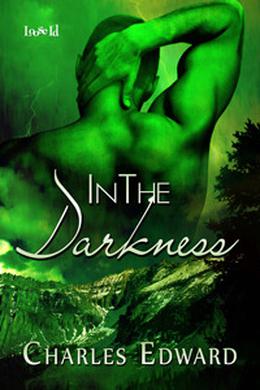 Gareth is his parents’ dirty secret: Cursed with a demonic appearance, he has always been in hiding just to stay alive. He must never be seen or his family will die. But when a violent attack endangers a local youth -- whom Gareth adores from the shadows -- there is no one else to help, and Gareth is driven to risk everything to save him.

Now the young man, Evin, wants to know more about this terrifying and beautiful stranger. Where did he come from? Is he a demon, or something more? They begin to meet in the darkness, becoming friends and then lovers. Evin’s sexual exploration and adoration of every part of Gareth’s strange body erase fear and self-loathing; and Gareth’s enthusiasm and prowess make every tryst more powerful, more deliriously sensual than the last.

But there is a purpose to Gareth’s existence, and when it is revealed, Evin and Gareth will be enslaved by rivals, separated to end up on opposite sides of a war. Evin will be forced to play a dangerous role: One which may make him Gareth’s destroyer.

'In the Darkness' is tagged as:

Similar books to 'In the Darkness'

Buy 'In the Darkness' from the following stores: