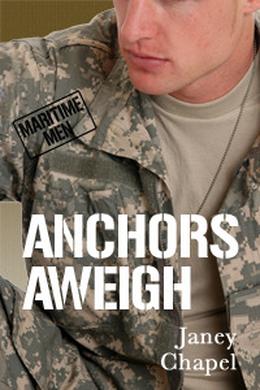 Sequel to Maritime Men After completing Navy SEAL training, Cooper Fitch and Eli Jones face assignment to different platoons. Since the strength of their mutual physical attraction is exceeded only by their emotional reliance on each other, the idea of being separated for a year or more is a bitter pill to swallow. But missing Eli may be just the beginning of Cooper's troubles: he's got an undisciplined man in his platoon, an uptight commanding officer, and his own insecurity about his leadership skills to deal with. Without Eli at his back, Cooper starts to wonder if he really has what it takes to be a SEAL.
more
Amazon Other stores
Bookmark  Rate:

'Anchors Aweigh' is tagged as:

All books by Janey Chapel  ❯