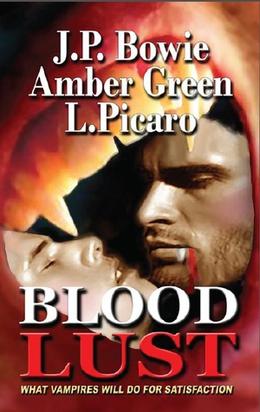 When the lust for blood and passion overwhelms where does a vampire find satisfaction?

Vampire Dreams by J.P. Bowie, tells of an author suffering from writer's block finds inspiration for his vampire novel in the arms of a mysterious young man - or is it all a dream?

In More Than Memories by Amber Green, Dick is an ass; Harry's anal--obviously, they're made for one another. But scruples, and an unscrupulous vampire, come between them. What's a ghost with a geek-fetish to do?

Bloodlust by L.Picaro offers a tale of a dystopic future. Noah discovers the reality of vampires. In order to save a friend, he is forced to trust the vampire, Adrian. A dark future awaits them both if they are unable to trust one another in order to stop a rogue vampire who sees humans as nothing more than food to toy with and sex as a way to gain immense strength.
more
Amazon Other stores
Bookmark  Rate:

'Blood Lust' is tagged as: