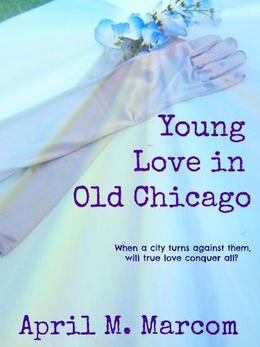 In 1932 Chicago, a quiet high school student finds herself being pursued by, falling in love with, and risking everything to be with a roguishly handsome young man who harbors a terrible secret through no fault of his own. He's the son of one of the newest and most prominent mobsters in New York City.

Alexandra’s out window shopping when she gets caught in the rain with Mason, a stunning stranger who breathes vibrant life into her soul with things like a late night escape to the top of the city’s water tower and meaningful little notes left hidden inside her pocket each time she sees him. And with this breath of life comes an undying love that will be tested greatly on both sides, when his darkest secret is spilt and spread all over the city by a jealous rival who will do anything to drive Mason away from his beloved Alexandra. One by one, everybody turns against them as this secret spreads, threatening to drive Mason away. But still, he comes for her. So, as the love they share becomes impossibly complicated and absolutely forbidden, Alexandra is forced to ask herself, how far will she go for true love?
more
Amazon Other stores
Bookmark  Rate:

'Young Love in Old Chicago' is tagged as:

Buy 'Young Love in Old Chicago' from the following stores: