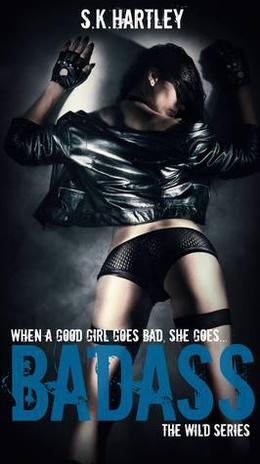 Go to Harvard.
Get a degree in politics.
Marry Dustin Coleman.

I had my life planned out for me at an early age. The stupid f**ks I called parents were influential politicians and I had to do as I was told...Get my degree in politics from one of the most prestigious colleges in the States, plan my wedding to Dustin Coleman the son of a powerful DA, and keep up appearances.

But one night something snapped...
The pearl necklace around my neck quickly disappeared along with the prim and proper cardigans that I wore daily, gone was the elegant young woman of two high ranking politicians, gone was the innocent and naive Blaine Paxton. Now I was someone new...
Someone BADASS.

Turning my back on my high maintenance family I set out to prove that a woman can do exactly what men can do...have hot, no strings attached sex with out consequences or feelings.

Then I met him...Ryder Wilde.

His name alone could make even the straightest of men swoon, he was hot, sexy, and...BADASS.

But now I want to know him, I want to see how far I can push him. The man everyone wants but can never have. I want to be the one to tame him, to catch him.
Just so I can watch him fall on his ass.

And love every minute of it.
more
Amazon Other stores
Bookmark  Rate:

'Badass' is tagged as:

All books by S.K. Hartley  ❯

Buy 'Badass' from the following stores: