The Honourable Gentleman (The Regency Gentlemen #3) 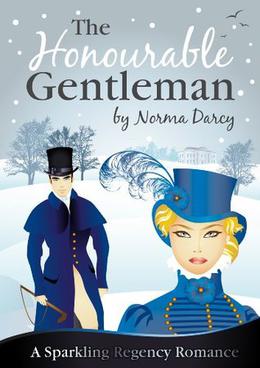 After ten years abroad, escaping the ignominy of public humiliation at the hands of a former lover, the very wealthy Mr Marcus Ashworth returns home to Devonshire to find his estate in dire need of attention and his head increasingly distracted by thoughts of his friend’s pretty niece.

In no hurry to love again, Mr Ashworth is prepared to fight his feelings every inch of the way―ruthlessly ignoring the fact that his heart and head had been bewitched by Lady Emma Munsford almost from the first moment he laid eyes on her. Throwing himself into the modernisation of his neglected estate does nothing to distract him from the alarming and desperate desire to claim Lady Emma for his wife.

Lady Emma Munsford, her reputation in tatters after an engagement turns sour, is in no hurry to give herself in marriage to any man, least of all her uncle’s ill mannered neighbour―a fact which Mr Ashworth knows all too well.

Thus when a snow blizzard comes to Devon, and Mr Ashworth finds a way to be entirely alone with the lady―long enough to compromise her―he thinks his prayers have been answered…
more
Amazon Other stores
Bookmark  Rate:

'The Honourable Gentleman' is tagged as:

The 'The Regency Gentlemen' series

Similar books to 'The Honourable Gentleman'

All books by Norma Darcy  ❯

Buy 'The Honourable Gentleman' from the following stores: