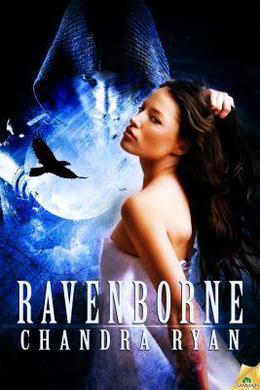 A dragon’s fate will seal their love…or destroy their future.

When Kavin Hunter appears on her doorstep to recruit her into the king’s guard, Saraphina Raven knows her secret—an unwanted telepathic ability—has caught the attention of the king. If she refuses to use her gift to discover who’s plotting against the throne, her last link to her royal heritage will be forcibly stripped away. It's a threat that's guaranteed to work. She'd do anything, even help the king that deserted her family, to preserve the only connection to her past.

It’s a past Kavin is all too familiar with. Once upon a time, his brother was betrothed to Saraphina, until the raid that destroyed her family. Now Kavin struggles with his own part in the mess her life has become. And a growing connection made stronger by the power of his healing touch. Though his loyalty lies with the king, Saraphina is becoming the woman of his heart. And nothing, not even a dragon in disguise, will stand in the way of their love.

Warning: Contains a former princess who gets cringe-worthy glimpses into others’ thoughts, a knight in slightly tarnished armor with talented…hands. And a dragon betrayed.

All books by Chandra Ryan  ❯

Buy 'Ravenborne' from the following stores: