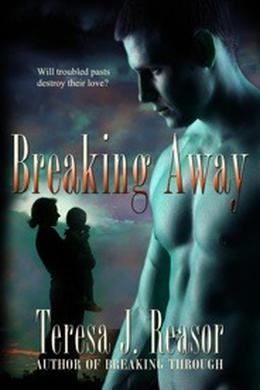 When lone wolf, Navy SEAL Harold “Flash” Carney agrees to act as an undercover operative for the FBI in an international smuggling sting, he revisits a past he hoped to leave behind forever. During the sting his handler is killed. Neck deep in a double cross and cut off from his team, Flash goes on the run with only his training to keep him alive.

Samantha Cross is desperate to leave her past as a battered wife behind, but her ex-husband is attempting to gain custody of their daughter, Joy, to keep them in his life. When her ex turns stalker, Sam is determined to do whatever it takes to protect her daughter and break his hold over them for good.

Despite their mutual wariness, Samantha and Flash are drawn to each other. But trust comes hard. When the walls both have erected start to crumble, trouble surfaces from all fronts, and Flash has no choice but to break away from the ingrained habits of a lifetime to save the one thing he’s always wanted and thought he’d never have—a family.
more
Amazon Other stores
Bookmark  Rate:

'Breaking Away' is tagged as:

Similar books to 'Breaking Away'

Buy 'Breaking Away' from the following stores: