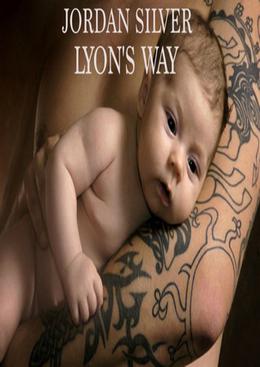 This bundle includes the following novels: Lyon's Crew: Colton Lyon is the tattooed, pierced (with an Apadravya) leader of a bike crew. His wealthy background and bad boy good looks makes him every young girl's fantasy but Lyon has sworn off women. That is until he meets Katarina, the young wounded friend of one of his crew members and the thirty two year old heartthrob falls hard and fast and sets out to heal his little Angel. Lyon's Angel: Colton Lyon the tough talking pierced, tattooed biker has fallen for the young Kat Sloan as soon as she moves to town and starts working for him. When he finds out about an attack in her past Colt does the only thing a man in his position can do; he handles it. Now all he wants to do is be with his woman, his crew and his bike; but will an old enemy stand in the way of his happiness? Lyon's Way: Colton Lyon has just rescued his young lover, his Angel from the clutches of a mad man; now all he need do is keep her out of trouble until he gets her to the altar. And a Bonus excerpt from Lyon's Heart the fourth and final book in The Lyon series. Coming December 2013.
more
Amazon Other stores
Bookmark  Rate:

The 'The Lyon' series