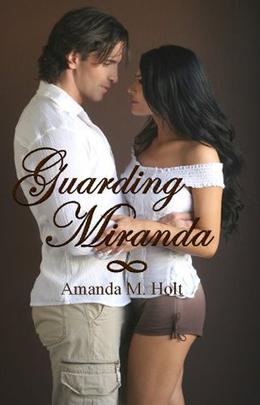 At least that's what the paparazzi are making him out to be in the headlines that were selling them newspapers.

Miranda knew in her heart that her fiancé wasn't capable of the crimes that the newshounds were accusing him of. After the tragic shooting that had claimed his life and very nearly her own, she had expected that the bloggers and reporters and camera wielding crazies would have been swept up in another scandal before she even got discharged from the hospital.

Only now they were adding insult to grievous injury, drumming up rumors that the Silicon Valley heiress didn't just have full knowledge of Richard's activities but that with her connections and influence she was also involved.

When the lies and accusations make things too hot for her in Southern California, Miranda leaves for a cooler climate with a more relaxed setting where she can heal, privately mourn the loss of her fiancé and reflect on where she wants her life path to lead now that Richard won't be there to walk with her.

She's lost so much in life.

Her parents and brother.

Now, it's her reputation that's at stake.

She needs to get away from it all, away from the lies and the prying eyes and the ambushes with the flashbulbs and vicious leading questions.

More specifically, the remote cabin that her Uncle Russ, avid sportsman, keeps for the local hunting and fishing attractions that give him occasional respite from the pressures of running his software development firm.

She has the cabin and its assorted treasures all to herself... at least until a certain formidable Aussie shows up.

Unknown to her, Brian is the man her Uncle Russ hired to conduct surveillance on Richard's activities and ascertain the degree of her involvement.

First on scene when she and Richard were shot, he's the real-life hero who had literally held her life in his hands as she lay there, bleeding to death on the pavement.

That part, she knows.

Formally introduced to her hero when she returned home from the hospital, despite her state of mourning there was no way to dismiss the undeniable attraction she felt for this charming dark haired entrepreneur with stormy grey eyes that made a tempest of emotions well up in her.

Now, here he is in Waterhen, at her safe-haven from reality with a whole lot of bad news about some goings-on back home and the message that her Uncle Russ has appointed him as her bodyguard until the shooter is apprehended by the police or they can be otherwise certain of her safety.

The contents of the single business-sized manila envelope in his hands will alter her entire understanding of the illusion that was her romance with Richard and send her directly into the arms of the man who has loved the raven-haired beauty from a distance since he first laid eyes on her on the display screen of his digital camera.

Will Brian be able to keep Miranda safe from the darkness that means to end her?

More than that, can he keep her safe from herself, from the darkness of the heart that is settling into her soul, leaving them both to wonder if she will ever love again?

Yet she responds to his every glance, touch, kiss... Brian refuses to believe that the situation is totally hopeless. He knows that she is warming to him, knows that she has the capacity to feel far more than she will admit.

But with so much tragedy in her past, does Miranda herself dare hope for a future?

'Guarding Miranda' is tagged as: