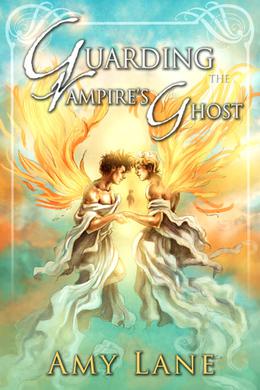 For four millennia, Shepherd, Angel of Repentance, and Jefischa, Angel of the Fourth Hour of Dark, have worked as a team to provide heavenly assistance to those who call their names. Shepherd's work has made him dark and dour, but he's determined to protect Jefischa from all of the terrible pain the mortal world has to offer. Now an accident of divine politics has put Adrian, a twice-dead vampire, in heaven, and angels have been falling to Earth to engage in forbidden activities ever since. Shepherd doesn't know how, and he doesn't know why, but he's heaven-bent on keeping the impressionable Jefischa out of Adrian's clutches. But how is it that someone who was supposedly not human can teach two angels so much about the best of humanity? And how is it that—as long as he has Jefi by his side—no duty on earth or in heaven is as pleasurable as guarding the vampire's ghost?
more
Amazon Other stores
Bookmark  Rate:

'Guarding the Vampire's Ghost' is tagged as:

All books by Amy Lane  ❯

Buy 'Guarding the Vampire's Ghost' from the following stores: