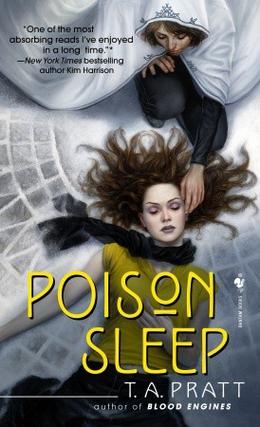 Someone wants Marla Mason dead. Usually that’s not news. As chief sorcerer of Felport, someone always wants her dead. But this time she’s the target of a renegade assassin who specializes in killing his victims over days, months, or even years . Not to mention a mysterious knife-wielding killer in black who pops up in the most unexpected places. To make matters worse, an inmate has broken out of the Blackwing Institute for criminally insane sorcerers—a troubled psychic who can literally reweave the fabric of reality to match her own traumatic past.

'Poison Sleep' is tagged as: