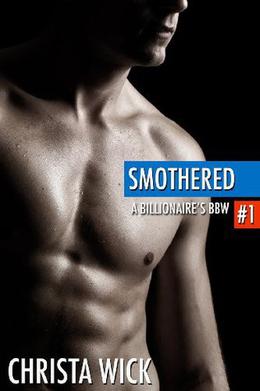 Billionaire Warren Gates has been a bad, bad boy. He’s overseen his company’s largest round of layoffs and offshoring and cut wages and benefits on everyone remaining.

But that’s not what keeps him up at night. A vision of gently rolling hills and valleys of pale flesh, heavy breasts and a deep cavern dripping moisture onto his tongue plague his dreams and leave him with a lust no ordinary woman can satisfy.

Lucky for him, he knows just the woman to exorcise his demons. Better yet, she’s out of work and desperate after he signed the pink slip.

Can he convince Lila to sell her body to him, to sit naked on him, her feminine juices running in rivers down his muscled chest? Will she press her breasts against his face, letting him breathe only when she allows?

Will one session be enough or will Warren always crave MORE.

'Smothered' is tagged as:

All books by Christa Wick  ❯

Buy 'Smothered' from the following stores: