Breakdown Of A Pack (Wyoming Wild #2) 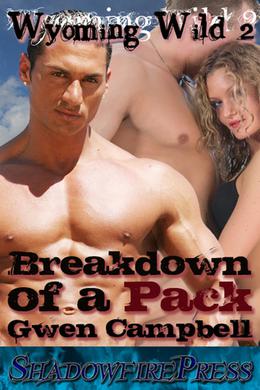 Sergeant Owen Wells is finally stateside after his second tour in Iraq. He goes home to a place he’s never seen and tries to fit into a werewolf pack that doesn’t take kindly to interloping males. But Owen’s got some skills they need and he’s sent on a covert mission to find out why a neighboring sheriff was murdered, and why the heirarchy in that pack is crumbling. Problem is, he can’t keep his paws off a certain dispatcher. She’s got a body that would make Barbie jealous and a mouth that makes him want to dive into sin. Unfortunately, the pack’s reluctant leader’s got it bad for her too.
more
Amazon Other stores
Bookmark  Rate:

'Breakdown Of A Pack' is tagged as:

Similar books to 'Breakdown Of A Pack'

All books by Gwen Campbell  ❯

Buy 'Breakdown Of A Pack' from the following stores: