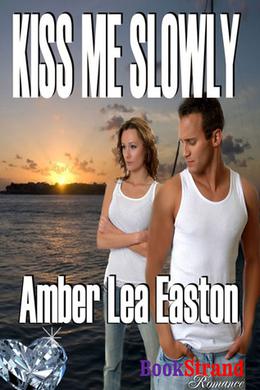 Trapped in a set-up that could have him in jail or dead by Monday, Jonathan Alexander trusts no one in his inner circle. It’s Saturday. His only hope is Grace Dupont, the best forensic accountant in Miami. But there’s a glitch with that idea. She’s also his ex-girlfriend who'd rather watch him drown than throw him a life vest. Going to her feels desperate…because he is.

Grace enjoys seeing Jonathan squirm. On your knees boy, she thinks as he pitches for her help. Always a sucker for the dark-haired-blue-eyed boys, she risks her precariously balanced life of secrets to help him. Helping him slaps a target on her back–she’s the key to proving his innocence and that’s a bad, bad thing.

Tangled up in a whirlwind of conspiracy, murder, million dollar money trails and diamond smuggling, Jonathan and Grace flee to the sea to stall for time to prove his innocence. Romance sizzles beneath Florida Keys’ sunshine. Both scoff at happy endings. Both doubt justice. Both know each kiss could be their last.

Available in all ebook formats and paperback from Amazon.com, Bookstrand.com and Barnesandnoble.com.
more
Amazon Other stores
Bookmark  Rate:

'Kiss Me Slowly' is tagged as:

Similar books to 'Kiss Me Slowly'

Buy 'Kiss Me Slowly' from the following stores: