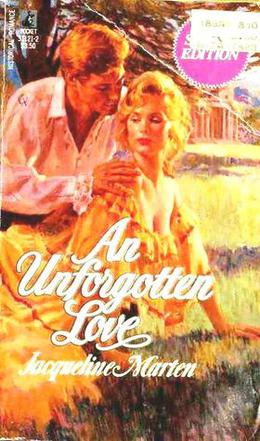 FATE HAD ABANDONED HER UNTIL SHE FOUND THE PROMISE OF AN UNEXPECTED LOVE!
Discarded by her ambitious mother, Victoria Page was raised by her devoted nurse in Cornwall. But even years later, she could not forget the hurt of her mother's betrayal. When her nurse sinks into poverty, Victoria enters a wealthy household as a governess, unrecognized by her new employer - her mother! She succeeds brilliantly until she meets Rupert Vaile, a handsome archaeologist, and her mother's stepson. He could not know of the passions he had awakened within her. Nor could he know that this beautiful servant was the charming girl who had long ago, and forever, won his heart.
more
Amazon Other stores
Bookmark  Rate:

'Unforgotten Love' is tagged as:

All books by Jacqueline Marten  ❯