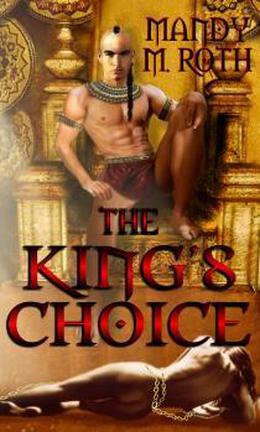 During a place and time separate from our own, a King is forced to select the woman who will rule by his side for all eternity. Little does he know, it is she who will have the final decision. Will his carnal desires drive her into the arms of another? Or, will she see that he can only ever love her?

Once every one hundred years, the Red Moon rises over the Kingdom of Braluse. It is said in the prophecies that upon the sixth rising of the Red Moon during a King’s reign, they must have conceived an heir or never have one. Being immortal and living for an eternity with no child of their own is torturous.

King Jakov of Braluse, is unhappy about being pressured into selecting a wife. With the sixth Red Moon of his reign fast approaching, he has little choice in the matter. When his head advisor, and younger brother, Andrija brings forth a woman with a temper that rivals a King’s, he claims her on the spot. That was his first mistake. Ordering her to submit to his sexual desires was the next.

Who will tame whom in this planet where gods are real, blended shifters exists and the only way for a female to be immortal, is to mate to a powerful male. Can a King who has always had his way learn to compromise, and can a woman who never wanted a husband learn to be a queen?
more
Amazon Other stores
Bookmark  Rate:

'The King's Choice' is tagged as:

The 'The King's Choice' series

Similar books to 'The King's Choice'

Buy 'The King's Choice' from the following stores: