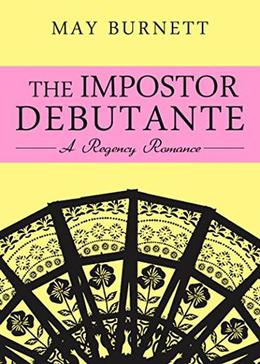 Charlotte is no milk-and-water Miss. Fom childhood she has had to cope with scandalous whispers, selfish men, abandonment, and lately financial and legal hardship. Judging by her own family's aristocratic connections, she considers society a bunch of useless snobs and popinjays.

What will happen when Charlotte is forced to stay with those noble relatives in the guise of a young, naive debutante? Will she be able to carry off the imposture? Her worst enemy is also in London, and has a strong motive to expose her.

Given her precarious position, falling in love with a handsome earl's son is the last thing Charlotte expected, or wanted. James has no idea of the secret impediments that prevent any happy outcome. Charlotte for her part is adamantly set against anything illicit; she has had to fight too hard for respectability to give it up, even for love.

Can these two overcome the obstacles fate has put in their path? James in particular will have to use all his wits and wiles in a situation that most others would consider hopeless.
more
Amazon Other stores
Bookmark  Rate:

'The Impostor Debutante' is tagged as:

Similar books to 'The Impostor Debutante'

Recent books by May Burnett

Buy 'The Impostor Debutante' from the following stores: