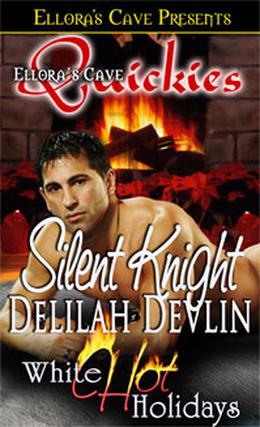 White Hot Holidays - Silent Knight By Delilah Devlin
* This story is loosely connected to the My Immortal Knight series.

In the aftermath of Hurricane Katrina, Noelle Moyaux questions her gift of sight until a chance encounter with a mysterious stranger during the Christmas holiday sets her on a path to save his soul.

Magnus Thornton is a millennium-old vampire who has found evidence of an old foe's evil at work in the demolished city of New Orleans. Weary of the fight, he decides to greet the coming dawn after a night reveling in his favorite things-a bottle of Bordeaux and a willing woman.

What starts as a night of sensual delights, ends in a revelation of mutual discovery when Noelle quickly creeps into his heart. The ancient vampire, so jaded from life he never speaks, must now persuade her to flee the city before it's too late.
more
Amazon Other stores
Bookmark  Rate:

'Silent Knight' is tagged as: