Breath of Angel (The Angelaeon Circle #1) 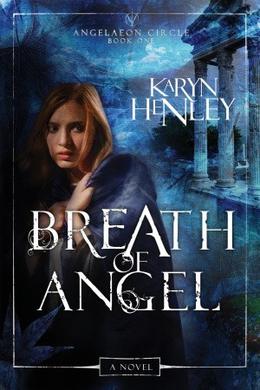 The stranger’s cloak had fallen back, and with it, a long, white, blood-stained wing.

When Melaia, a young priestess, witnesses the gruesome murder of a stranger in the temple courtyard, age-old legends recited in song suddenly come to life. She discovers wings on the stranger, and the murderer takes the shape of both a hawk and a man.

Melaia finds herself in the middle of a blood feud between two immortal brothers who destroyed the stairway to heaven, stranding angels in the earthly realm. When Melaia becomes a target, she finds refuge with a band of angels attempting to restore the stairway. But the restoration is impossible without settling an ancient debt—the “breath of angel, blood of man,” a payment that involves Melaia’s heart, soul, and destiny.
more
Amazon Other stores
Bookmark  Rate:

'Breath of Angel' is tagged as:

The 'The Angelaeon Circle' series

Similar books to 'Breath of Angel'

All books by Karyn Henley  ❯

Buy 'Breath of Angel' from the following stores: