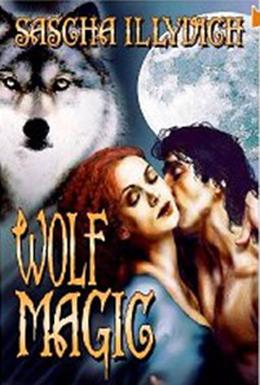 To Marco she is the most desirable woman he has ever met, and he knows he will never give up until he possesses her. As she attempts to show him wisdom, he subjects her to his very considerable charms. Something has to give - and does.

As nights of torrid lovemaking and nights of the full moon when he tears himself from her side alternate, neither suspects that they are at the center of a conspiracy by the leaders of Marco's pack, or that they may all be pawns in an ancient prophecy from the dawn of time. For the love that binds them both is bringing death nearer with every beat of their hearts. Marco is strong and Selene wise, but these are as nothing to the power of the danger that threatens them. Cover: Laura Givens.
more
Amazon Other stores
Bookmark  Rate:

'Wolf Magic' is tagged as: