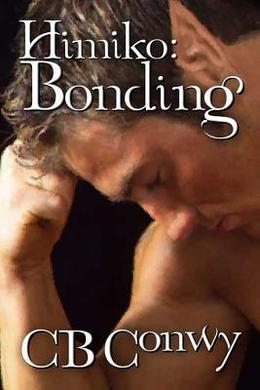 Ever wondered why love stories talk about finding "your better half"? Matt hadn't, really. Not until humanity got its biggest surprise ever: the arrival of intelligent life from space. The Himika may look reassuringly human, but their unexplained behavior and eerie silence have strained relations between human and alien.When Matt is "harvested" -- kidnapped -- by the Himika, he's terrified. Nothing makes sense until he wakes up wrapped in Pietr's arms. Pietr may be the most annoying, smug, sarcastic humanoid Matt has ever met. He's also Matt's bonded mate. Plato was right. Everybody really does have a better half, and against everyone's better judgment, it seems Pietr belongs with Matt.But learning how to communicate the Himiko way (preferably without killing himself or Pietr in the process) is hard, and Matt's mentor, Aki, might be even more aggravating than Pietr. It doesn't help when Matt develops powers that not even the Himika understand. Matt isn't sure he's going to make it -- or if he'll have to let Pietr go in order to keep his mate safe and sane.
more
Amazon Other stores
Bookmark  Rate:

'Bonding' is tagged as:

Buy 'Bonding' from the following stores: