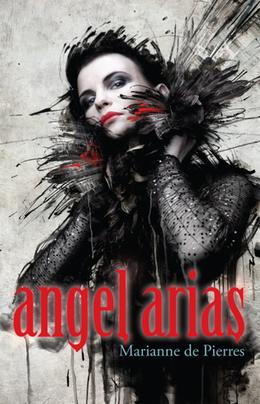 Retra - now called Naif - has escaped from Ixion, the island of ever-night. She doesn't know if her friends on the island survived the battle between the Ripers and the rebels. But she does know that she must return home, behind the sealed walls of Grave, to find out why the Ripers have been seen there talking to the councillors. What links the two worlds?

First she must convince Ruzalia to help her. The fierce pirate captain saves those who face terrible fates on Ixion, but that doesn't guarantee their gratitude. Instead, she faces a revolt - and Naif is caught in the middle.

Naif will need all her courage to survive. For Lenoir, who wants to keep her safe, for her friends Suki and Rollo, if they live, for Markes, who has secrets of his own, and for the new friends she will make on this journey.

The fate of worlds depends on it.
more
Amazon Other stores
Bookmark  Rate:

'Angel Arias' is tagged as: