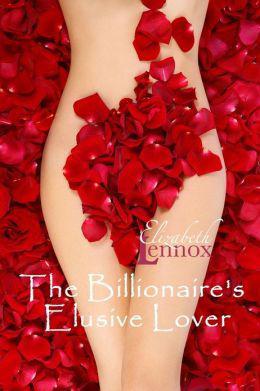 She won't slow down, she won't stop. And she's driving him crazy!

Alec Dionysius isn't used to people invading his inner sanctum. Or distracting him from business, or getting under his skin so thoroughly that he can't think without her perfume invading his memory, or wondering if her hair is as soft as it looked...or a million other things.

Alec ran a multi-billion dollar corporation and he didn't have time for a woman to distract him. But like a bad penny, Helen Alexander just kept turning up.

The only way to stop the insanity, was to marry her. He just had to convince her to slow down enough to catch her at the alter!
more
Amazon Other stores
Bookmark  Rate:

'The Billionaire's Elusive Lover' is tagged as:

Buy 'The Billionaire's Elusive Lover' from the following stores: