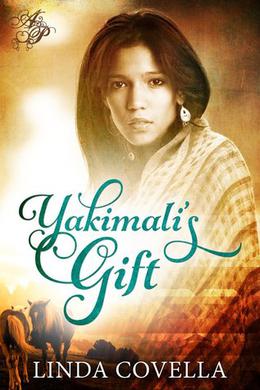 It’s 1775 in Mexico, New Spain, and 15-year-old Fernanda Marquina, half Pima Indian and half Spanish, can’t seem to live up to her mother’s expectations or fit into the limited female roles of her culture. While she tends her garden, matches wits with buyers and sellers at the weekly market, and avoids Mama’s lectures and the demands of Nicolas, the handsome soldier pursuing her, Fernanda grabs any opportunity to ride the horses she loves, racing across the desert, dreaming of adventure in faraway lands.

But when a tragic accident presents her with the adventure she longed for, it’s at a greater cost than she could have ever imagined. With her family, Fernanda joins Juan Bautista de Anza’s historic colonization expedition to California.

On the arduous four-month journey, Fernanda makes friends with Feliciana, the young widow Fernanda can entrust with her deepest thoughts; Gloria, who becomes the sister Fernanda always wished for; and Gloria’s handsome brother Miguel, gentle one moment, angry the next and, like Fernanda, a mestizo–half Indian and half Spanish. As Fernanda penetrates Miguel’s layers of hidden feelings, she’s torn between him and Nicolas, who has joined the journey in the ranks of Anza’s soldiers and whose plans include marrying Fernanda when they reach California.

But propelling Fernanda along the journey is her search for Mama’s Pima Indian past, a past Mama refused to talk about, a past with secrets that Fernanda is determined to learn. The truths she discovers will change the way she sees her ancestry, her family, and herself.
more
Amazon Other stores
Bookmark  Rate:

'Yakimali's Gift' is tagged as: