by Daniel A. Kaine 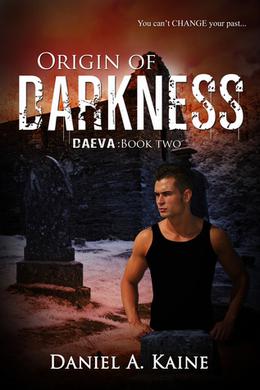 The traitors within Rachat have been exposed, and with the city's leadership faltering, a change is on the horizon—a shift in beliefs the vampires hope will signal the start of acceptance toward their kind. For Ash, a former-soldier in the Silver Dawn's war of hate, these adjustments are more than personal.

As he comes to terms with all he has lost, Ash must confront the demons of his past and visions of darkness now invading his sleep. When the nightmares manifest in the real world, he discovers there's more to the dreams than he would like to believe.

Now Ash must make a choice. But how far will he go to keep those he cares about from harm? And can a lie truly shield the one he loves, or is it merely to protect himself?
more
Amazon Other stores
Bookmark  Rate:

'Origin of Darkness' is tagged as:

Similar books to 'Origin of Darkness'

Recent books by Daniel A. Kaine

Buy 'Origin of Darkness' from the following stores: