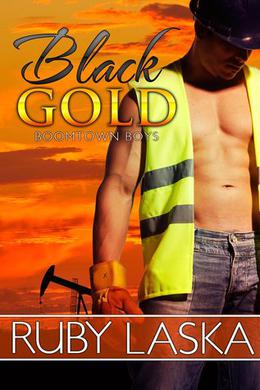 When country singer Chase Warner’s father dies, he finally realizes he’ll never impress the man who raised him and hangs up his guitar for good. Soon after he moves to North Dakota and signs on as a derrick hand, he learns that an honest day’s work bringing oil from the earth gives him far more satisfaction than performing ever did.

When his friends take him to the local tavern to celebrate his birthday, Chase agrees to sing one song for old times. When he looks out into the audience, he finds himself staring at a rockabilly dream come true: blue eyes, blond curls and sweet curves in the kind of dress just made to show them off.

Nashville talent scout Regina McCary is taking a forced “vacation” after a bad breakup when she stumbles on the voice she’s sure will take her career to the next level: the smoldering, if slightly drunk, man singing in a North Dakota honkeytonk isn’t just talented but gorgeous, too. Regina is sure she can package and promote the reluctant singer - but soon she realizes she wants Chase for far more than a client.
more
Amazon Other stores
Bookmark  Rate:

'Black Gold' is tagged as:

The 'The Boomtown Boys' series

All books by Ruby Laska  ❯