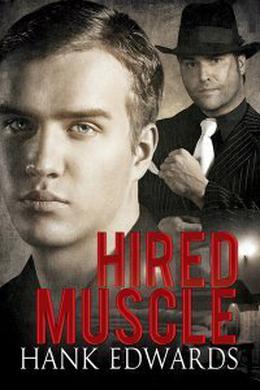 Barry waits tables at DuMochelle's, where he meets mob boss Giovanni Lombardi's bodyguard, Vinnie. Passion sparks between Barry and Vinnie. However, it isn't long before Vinnie's dangerous lifestyle threatens not only their chances for happiness, but also their very lives.

In October 1941, the violence of Baltimore's warring mob families is escalating. The danger has decimated many of the businesses around DuMochelle's restaurant where Barry waits tables. When a mob family begins to frequent the restaurant, a romantic relationship develops between Barry and Vinnie, a guard for the family. Vinnie resists, fearing for Barry's safety and concerned that Barry will want nothing to do with him if he finds out the details of Vinnie's role in the family. But their passion cannot be denied, and Vinnie is trapped between the love he wants and the only life he's known. As the rival mob family moves in for the kill, Vinnie and Barry find themselves caught in the crossfire.
more
Amazon Other stores
Bookmark  Rate:

'Hired Muscle' is tagged as:

All books by Hank Edwards  ❯