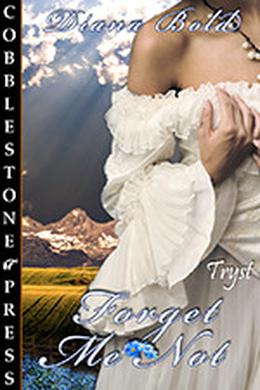 Josh Morgan is an outlaw on the run. When Susannah Barrett finds him, he's been shot and has forgotten everything - even his own name. When he wakes to find Susannah in labor pains, he assumes she's his wife. Susannah chooses to let the handsome stranger believe he's her baby's father.

His tender passionate nature is unlike anything she's ever known before. Soon she is head over heels in love with him, but she knows her lies will eventually catch up to her. When Josh regains his memory, he must choose between his past and the future he's built with Susannah.
more
Amazon Other stores
Bookmark  Rate:

'Forget Me Not' is tagged as:

Similar books to 'Forget Me Not'

Buy 'Forget Me Not' from the following stores: