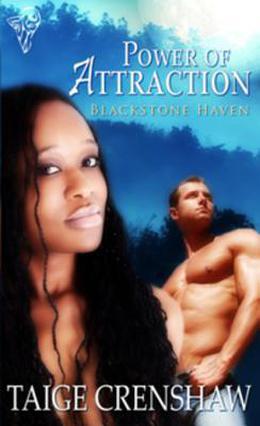 Book one in the Blackstone Haven Series A man will come to you in the darkest moon. The trees will shade and protect your union of the soul. Before the final step to merge your body is taken, a choice must be made.Peyton Blackstone, a natural born witch, knew from the prophecy that accompanied her birth that a man would come to her. Yet, when the man who is set to be her s arrives, Peyton isn t ready for him or the ramifications his coming will cause. This man who deals with reality has a few secrets of his own - secrets that could very well destroy them both.Wesley McCarty believes the woman he meets under the moonlight is not real. Suffering from unexplained blackouts, he believes he is losing his mind. When he sees her again, he realises not only is his fantasy woman real, but she is within his reach. He must have her, no matter the cost. Nothing will stop him. Not his blackouts, or any legacies or prophecies. He will have this woman who sets his blood on fire and completes his soul.Legacies, destiny, and prophecy can not withstand this power of attraction.Reader Advisory: This book is best read in sequence as part of a series"
more
Amazon Other stores
Bookmark  Rate:

'Power of Attraction' is tagged as:

Similar books to 'Power of Attraction'

All books by Taige Crenshaw  ❯

Buy 'Power of Attraction' from the following stores: