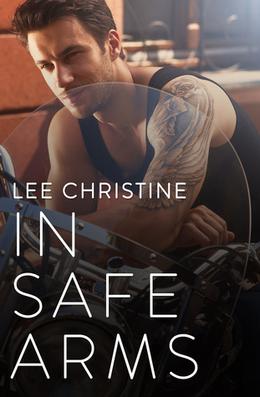 Smooth, seductive and savage: Lee Christine returns to the dark, criminal underbelly of Sydney with her follow-up to In Safe Hands.

Legal secretary Josephine Valenti has no idea why a notorious bikie president would be contacting her, but when he is murdered in front of her eyes, she knows that she is in very deep trouble. Fleeing to her home, she's intercepted by Nate Hunter, a man she used to know and lust after…a man she used to care about.

However, Nate has changed. His leathers and his bike tell of a lifestyle that Josie can't begin to accept or understand. His is a life of drugs, money laundering and prostitution.

Though, all is not what it seems, and Josie must fight harder than she ever has before — for the truth, for what's right, and, ultimately for the man who still has a hold of her heart.

Goodreads praise for In Safe Hands: “This is a fabulous debut novel, expertly thought out and skilfully written with a passionate pair of main characters that both have hidden depths…I’m definitely looking forward to her next release!”
more
Amazon Other stores
Bookmark  Rate:

'In Safe Arms' is tagged as:

Similar books to 'In Safe Arms'

Buy 'In Safe Arms' from the following stores: