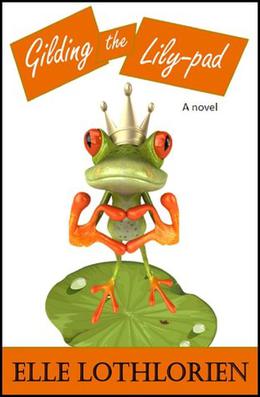 BOOK DESCRIPTION: It was her quirkiness that did it. Five minutes after being assaulted with her shoe at the wake of a total stranger, Roman Habsburg von Lorraine decides it's worth crashing the funeral the next day to pursue the beautiful but odd Leigh Fromm.

But when his passing interest very quickly turns into infatuation, Roman isn't sure how to court her--or if he even should. Despite the fact that his great-grandfather was Emperor Karl I of Austria and his grandfather and father Crown Princes, the family was forced into exile after Karl I abdicated in 1918--leaving his family in royal limbo. Born and raised in the U.S., his "almost royal" status makes him an oddity in the States, an object of media hysteria in Austria, and more than eligible to marry into any royal family in Europe who will have him.

Despite knowing the difficulties that a relationship with a commoner would present, there's something about Leigh that makes Roman resolved to have her--the opinions of the public, his mother, and his ex-girlfriend, Princess Isabella of Denmark, be damned. But when a parliamentary motion in Austria throws him head-first into a role he never anticipated or asked for, he finds that his relationship with Leigh has suddenly become a matter of state. Worse, his desire to protect Leigh and his uncertainty about his new position leaves him turning more and more to Princess Isabella, who has taken up residence with them (along with his mother). Will Leigh and Roman's relationship survive what's quickly becoming a royal mess?

A beautiful commoner, gut-busting laughs, love, cereal fetishes, fun funerals, oddities in the treetops, random hilarity-and scarcely a lily-pad anywhere. Because your princess is out there. (Or not.)
more
Amazon Other stores
Bookmark  Rate:

'Gilding the Lily-pad' is tagged as:

Similar books to 'Gilding the Lily-pad'

Buy 'Gilding the Lily-pad' from the following stores: