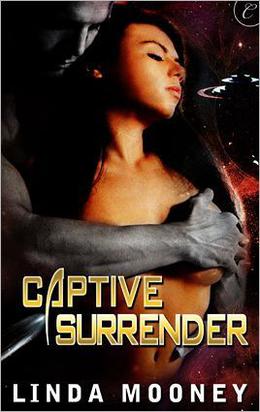 As an intergalactic cop gifted with psionic abilities, Maurra instinctively went to the Ellinod's defense when she saw the immense and bestial-looking alien being attacked by a group of vicious Kronners. Little did she know what the Kronners had planned for her and the Ellinod until she woke up naked in a cell inside their ship. And it wasn't long before she found out a translation device had been implanted against her spine, debilitating her and making her helpless with pain whenever she tried to use her psi powers.

Neither she nor the Ellinod had any idea how twisted their captors were, but they soon discovered that she and the beast were at the mercy of someone who expected them to "entertain" his "customers", and entertain them well regardless of the consequences.

'Captive Surrender' is tagged as:

All books by Linda Mooney  ❯