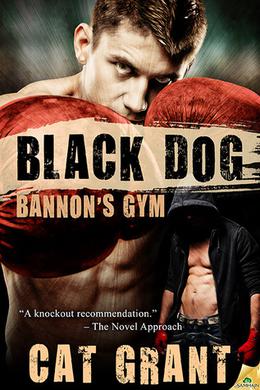 Which dog wins? The one you feed.

Danny Bannon and Eddie Roscoe have been fighting, in and out of the ring, for more than fifteen years. Mutual attraction and small-town ties hold them together, yet they’re haunted by a shared tragedy that still hangs between them.

Their tenuous, on-again off-again relationship takes a hard right cross with the arrival of Tom Delaney, a teen on the run from his punch-happy father. In no time, the kid shows himself to be a boxing prodigy.

But Tom’s politically influential father isn’t yet down for the count. When his mother shows up at Eddie’s diner with a shiner and a haunted look in her eyes, Tom is hopeful for her future. But when that hope is snuffed out, Tom’s rage has him ready to turn his new fighting skills to a deadly purpose. Revenge, or die trying.

Unless his surrogate big brothers can put their painful past behind them to keep history from rising up for another round.
This book has been previously published.

Warning: Tough guys with a long history beating the crap out of each other to avoid saying “I love you”. Heaps of sexual tension. More angst and emotion than deemed safe by the Surgeon General. Proceed with caution!
more
Amazon Other stores
Bookmark  Rate:

'Black Dog' is tagged as:

All books by Cat Grant  ❯