When I Fall (An Uncommon Whore #2) 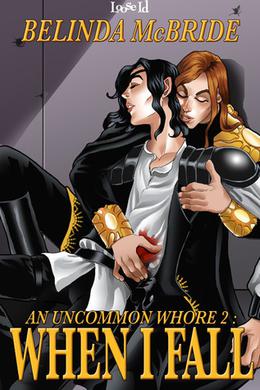 Sometimes revenge is a kinder fate than justice. – Helios Dayspring

As king, Helios Dayspring is desperate to secure the future of his people and their new homeworld. His memories are slowly returning, bringing with them danger and betrayal.

As the king’s consort, Griffin Hawke wrestles with growing isolation from his lover. As Helios’ secrets begin to come to light, he finds that he barely recognizes his lover anymore. Griffin is also haunted by his own secrets, as nightmares bring torture and death to his sleep.

When Helios and Griffin undertake a dangerous journey on behalf of their people, everything they fought for could be lost. Surrounded by enemies and allies, seductive aliens and dangerous operatives, Helios and Griffin find themselves tested to their physical and moral limits. Not knowing who to trust, they can only turn to each other.

Will you be there to catch me when I fall?

'When I Fall' is tagged as:

The 'An Uncommon Whore' series

Similar books to 'When I Fall'

All books by Belinda McBride  ❯

Buy 'When I Fall' from the following stores: