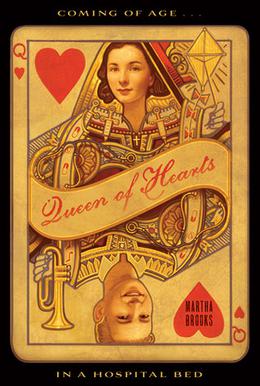 Coming of age in a hospital bed—a deeply affecting portrait of a teen's journey through a TB sanatorium in the 1940s.

On the prairies of Canada during World War II, a girl and her two young siblings begin a war of their own. Stricken with tuberculosis, they are admitted to a nearby sanatorium. Teenager Marie Claire is headstrong, angry, and full of stubborn pride. In a new strange land of TB exiles she must "chase the cure," seek privacy where there is none, and witness the slow wasting decline of others. But in this moving novel about fighting a way back to normal life, it is the thing that sets back Marie Claire the most—the demise of her little brother—that also connects her with the person who will be instrumental in helping her recover.
more
Amazon Other stores
Bookmark  Rate:

'Queen of Hearts' is tagged as:

Similar books to 'Queen of Hearts'

Buy 'Queen of Hearts' from the following stores: