Love Me Anyway (Passions in the Park #1) 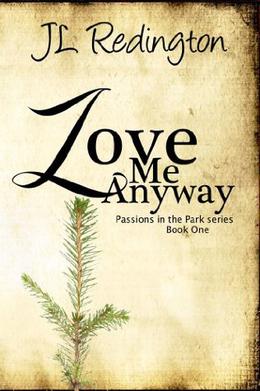 There is a serial killer loose in America’s National Parks. Greyson Beauchene, Head Ranger of Alaska’s Denali National Park is certain he will never have to deal with that because his park is too ‘out of the way.’ However, Ranger Beauchene soon finds out he is dead wrong.
Greyson and his two assistants are flown by helicopter into a remote section of the park where hikers have found a casket, one of the biggest indicators the serial killer has found Denali. Greyson’s team is joined by one incredibly irritating and extremely demanding FBI Profiler and her two Agents. Very good at what she does, Aspen O’Connell sets out to take control of the crime scene and everyone involved in it, and Greyson is having none of it.
Greyson, Aspen and their teams must work together to find this killer before he kills again. Events move quickly as the group pieces together clues from the crime scene and a profile is established. As they work through abduction attempts and visible threats, Greyson and Aspen struggle to put their growing feelings for each other in a place that will keep them focused on finding an evil, evil man and bringing justice to innocent victims.
more
Amazon Other stores
Bookmark  Rate:

'Love Me Anyway' is tagged as:

The 'Passions in the Park' series

Similar books to 'Love Me Anyway'

All books by J.L. Redington  ❯

Buy 'Love Me Anyway' from the following stores: