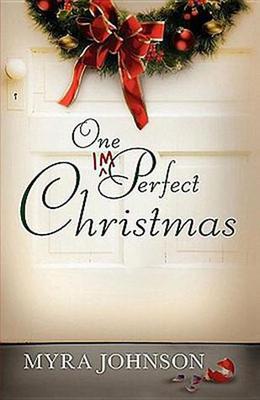 Graphic designer Natalie Pearce faces the most difficult Christmas of her life. For almost a year, her mother has lain in a nursing home, the victim of a massive stroke, and Natalie blames herself for not being there when it happened. Worse, she s allowed the monstrous load of guilt to drive a wedge between her and everyone she loves most of all her husband Daniel. Her marriage is on the verge of dissolving, her prayer life is suffering, and she s one Christmas away from hitting rock bottomJunior-high basketball coach Daniel Pearce is at his wit s end. Nothing he s done has been able to break through the wall Natalie has erected between them. And their daughter Lissa s adolescent rebellion isn t helping matters. As Daniel s hope reaches its lowest ebb, he wonders if this Christmas will spell the end of his marriage and the loss of everything he holds dear"
more
Amazon Other stores
Bookmark  Rate:

'One Imperfect Christmas' is tagged as:

Similar books to 'One Imperfect Christmas'

Buy 'One Imperfect Christmas' from the following stores: