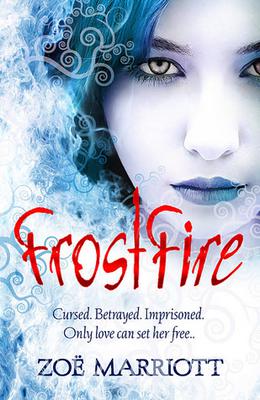 This is a literary fantasy about war, racial identity and first love. Frost has left her homeland to travel to the neighbouring country of Ruan in the hope of finding a deity she believes will rid her of a curse: at the sight of her own blood, a berserker rage in the form of a wolf overtakes her and kills everyone within reach. On her journey, Frost meets Luca and Arian, two members of the Ruan military force sworn to protect the country's borders from neighbouring rebel fighters. Over the coming months, under Luca's guidance, Frost learns to overcome the Wolf within. She also begins to fall in love with Luca - while Arian falls for her. This title is for fans of Tamora Pierce, Maggie Stiefvater and Cassandra Clare. It is a companion title to "Daughter of the Flames". It tackles themes such as racial tension, prejudice, war, personal identity and first love. It is a refreshing and provocative real-world take on the fantasy genre: in this world there is no magic and the setting is more akin to Northern India or Tibet than the usual Tolkien-inspired pseudo-Europe. Zoe Marriott's first novel, "The Swan Kingdom" was chosen as a USBBY Outstanding International Book. Her third book, "Shadows on the Moon", won the prestigious Sasakawa Prize.
more
Amazon Other stores
Bookmark  Rate:

'FrostFire' is tagged as:

Buy 'FrostFire' from the following stores: