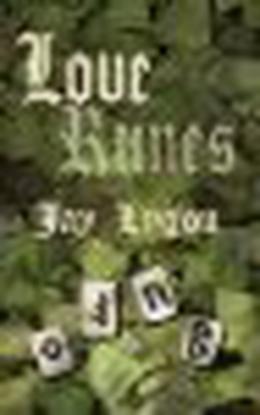 God of Sex, Sam, and God of Love, Hector, have a unique relationship. They're into the BDSM lifestyle, and they both have some serious issues. Hector has a jealous bone, and Sam has an abusive ex. Their problems don't stop there; one of their biggest is that Sam refuses to grow up. Hector has no idea that Sam is literally paying the Goddess of Eternal Youth to keep him young. Sam looks, and acts, like a spoiled nineteen year old, which earns him a lot of time in the Dungeon. His immaturity gets him far worse when Hector finds out about his deception. Hector kicks Sam out, which opens the door to his ex-lover, the God of Fear, Marcus. Marcus manages to convince Sam that Hector wants him gone for good, leaving him vulnerable and alone. When the Goddess he's been trading with, power for youth, tries to extort even more out of him, though, Sam tries to stand up to her, with disastrous results. Hector has no intention of losing Sam to Marcus or the Goddess of Eternal Youth, but can he get to Sam in time to save him, or will they lose their love to forces beyond their control? Find out in this scorching sequel to Jay Lygon's popular novel, Chaos Magic
more
Amazon Other stores
Bookmark  Rate:

'Love Runes' is tagged as:

The 'Gods and Chaos' series