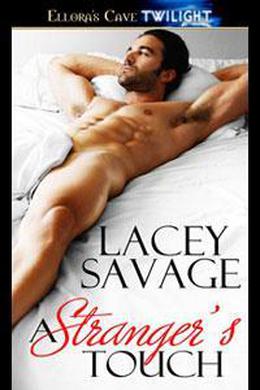 Roxana Leventis spends her evenings blindfolded and strapped into a harness. As living art, she’s appreciated with all the senses. That means being touched, fondled and caressed in the most intimate ways.

Donovan Armstrong thinks his latest assignment is just another security gig, guarding priceless paintings. Boring stuff for a wolf shifter, but he plans to return home to Canada as soon as he finds a suitable mate, the kind of shifter female who’ll stun his pack with her perfection. After four years of searching, however, his temporary stay in New York is starting to look pretty damn permanent.

Until one whiff of Roxi’s scent awakens his dormant inner wolf. Taking her as his mate is unthinkable. She’s not a shifter, and her delicate human body is much too fragile to withstand his animal urges. Still…neither man nor beast can ignore the way she stirs their blood.

Donovan’s job is simple—protect Roxi from overzealous gallery visitors. But who’s going to protect her from him?
more
Amazon Other stores
Bookmark  Rate:

'A Stranger's Touch' is tagged as:

Similar books to 'A Stranger's Touch'

Buy 'A Stranger's Touch' from the following stores: