It's Only The Beginning (Birdsong #4) 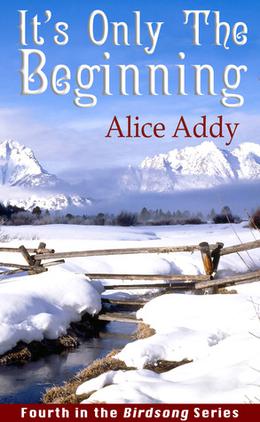 Life at the Birdsong Hotel was pretty much the same, day in and day out. Cassie Miller did her best to keep up the strict standards set by her friends, the previous proprietors, but found it was a losing battle. After the sudden death of her dear friend, Whiskey Allen, she found herself without a man to share the heavy load, and the place fell quickly into disrepair.

Once filled with joy and the happy sounds of children at play, the Birdsong had fallen silent and was starting to show its age—and so was dear Dora, the true heart of the hotel. Recently widowed and plagued with arthritis, she was a mere shadow of her former self.

Feeling in over her head, Cassie needed to quickly find a solution to her problems. That’s when she met the handsome and mystifying stranger from Colorado. But it was no love match. From the very beginning, Brett Farrell stalked her, watching her every move, and all the while, he kept mysteriously silent. Soon, strange and malicious accidents began to occur. Neither she, nor anyone else at the Birdsong, was safe from harm.

Finally forced to take action, Cassie decides to take a leap of faith, and is rewarded by a shocking revelation. As all of her friends gather for Christmas, she realizes nothing will ever be the same at the old hotel, but maybe there was something better on the horizon—perhaps a new beginning for them all.
more
Amazon Other stores
Bookmark  Rate:

'It's Only The Beginning' is tagged as:

Similar books to 'It's Only The Beginning'

Buy 'It's Only The Beginning' from the following stores: